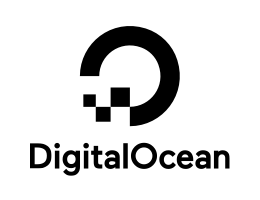 Apple released iOS 8 a few days ago, and most of the reviews are pretty positive. I eagerly updated both my iPad and iPhone on the day of release. After swiping through and filling out a couple of the basic setup options (turning on Family Sharing and not activating iCloud Drive yet), my first reaction was, “Okay, now what?” The UI looked mostly the same, and most of the new features on Apple’s iOS page didn’t feel like major things. Michael Lopp summed it up pretty well on Twitter:

After 20 minutes, the only iOS game changers are the new Mail swipes and the iOS extension. #huh?

After reading his tweet, thinking about it, and re-exploring the iOS 8 feature set though, I came to the conclusion that this release is a bigger deal than it feels at first. The “problem” from a consumer perspective is that there’s no immediate whizbang feature; instead the improvements come across a wide range of incremental changes. There are a number of minute UI details that smooth out rough edges and speed up common interactions. “Policy” changes like Family Sharing and iCloud Drive make the experience of owning multiple devices across multiple people a more enjoyable experience. And the Continuity features will really shine once Yosemite ships next month.

Behind the scenes, there are so many new tools and improvements for developers that we’ll be feeling the aftershocks for months. Here are a few examples of the interactions that iOS 8 has enabled through third-party apps:

The new Swift development language and many new graphics APIs can drastically improve performance on apps and games. Better support for web standards and improved rendering engines make web sites and apps snappier. On top of all that, there are several new APIs for hardware integration with health tracking tools and home automation tools to let users access data and functionality directly through their phone.

The proof is in the pudding

What all this means is that while iOS 8 may look very similar to iOS 7 for the everyday user, this release will continue to reverberate for people for quite awhile. The more people use it and the more they use third party systems (hardware and software) that have invested in iOS 8 integrations, the better it will feel and the more abilities they will unlock. This first wave of integrations is just the beginning.

Users need time to adjust to this new set of tools, to train themselves on new ways of interacting, and to uncover all the hidden possibilities. In the light of this, the inclusion of the Tips app in this release makes complete sense. Between iOS 7 and iOS 8, Apple has created a completely different platform from earlier iterations of iOS.

Like iOS 7, the latest release is an investment in the future. Unlike iOS 7, the proof for iOS 8 is in the pudding. Users have to dig in and savor it for awhile. Developers have to adjust to completely new tools and methods of interacting. In this age of agile “fail fast” planning, iOS 8 might be seen by some as a pivot, as though they’ve changed direction to accommodate the whims of users and developers. New programming language, “backtracking” on long-standing policies like sandboxing, and allowing third party access to formerly private APIs. From the outside, these decisions may seem capricious, but Apple’s never been a reactive company. They play a long game, and I think iOS 8 is a brilliant unveiling of their long-term strategy.