Exposing the Magic of Design

A Practitioner’s Guide to the Methods and Theory of Synthesis

As the world deals with increasing complexity -- in issues of sustainability, finance, culture and technology -- business and governments are searching for a form of problem solving that can deal with the unprecedented levels of ambiguity and chaos. Traditional "linear thinking" has been disparaged by the popular media as being inadequate for dealing with the global economic crisis. Standard forms of marketing and product development have been rejected by businesses who need to find a way to stay competitive in a global economy. Yet little has been offered as an alternative. It is not enough to demand that someone "be more innovative" without giving him the tools to succeed.

Design synthesis is a way of thinking about complicated, multifaceted problems of this scale with a repeatable degree of success. Design synthesis methods can be applied in business, with the goal of producing new and compelling products and services, and they can be applied in government, with the goal of changing culture and bettering society. In both contexts, however, there is a need for speed and for aggressive action. This text is immediately relevant, and is more relevant than ever, as we acknowledge and continually reference a feeling of an impending and massive change. Simply, this text is intended to act as a practitioner's guide to exposing the magic of design.

There are three simple goals for this text.

The final goal is to present a set of actionable, learnable methods for design synthesis that can be applied to any design problem. Practicing industrial designers, interaction designers, interface designers, and designers of other disciplines can use these methods to make sense of complicated design problems and to move seamlessly from various forms of research to design. The methods can add a systematic sense of rigor to an otherwise subjective, often introspective process. 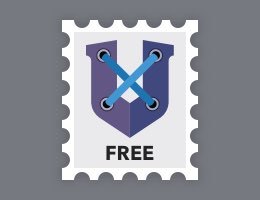